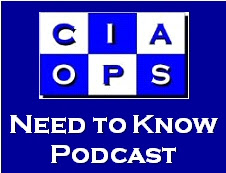 FAQ podcasts are shorter and more focused on a particular topic. In this episode I’ll talk about Azure Sentinel.

The rule of three

Premium. Okay, so the idea here is, is that we now have business plans that are Business Standard, business, basic and also business premium. Now again, Robert’s rule of three applies here as well, we’ve seen that just keep it simple. So again, you can go to the user initial and say what about business? Basic, not good enough, doesn’t have the desktop implementations or we can go then up to Business Standard, or we can go up to business premium. So you’ll see a lot of this I think, in other strategies that larger businesses use because, again, we don’t want to overload customers with again, too much choice. They certainly need an amount of choice but I would suggest again, we get cognitive overload when we go beyond the normal three choices. So again, if you can try and keep your offerings to around Another one I’ve got for you is around bandwidth. Now one of the most important things that you can do when you go implement the cloud for customers or you’re looking to move to the cloud yourself is to estimate the bandwidth you’re going to need. Now, hopefully everybody appreciates that. ADSL basically, is isometric, which means the download limit is far greater than the upload limit. So typically ADSL uploads are about point five or point six of a meg up. And that really isn’t adequate for a large amount of users. So again, I’ve got a rule of thumb that basically says, I have low medium and high usages. So again, that sort of depends on if they’re using OneDrive extensively doing lots of sinking if they’re working totally in the cloud, or they do have some on prem. So Robert’s rule of thumb for this is basically you would need or you would estimate to need about half a meg per user for loads usage, one Meg per user for medium usage and to me per user for high usage. So if we take an average company that may be 10 employees, that would mean it would be half a meg times 10. So that will be a five Meg, link up. All right, so they have as much as they want down. That’s not a problem. But the most important thing when you’re looking at the cloud and cloud usage is that link the speed back up to the data centre. So importantly, the estimate that I have used as a rule of thumb is basically as I said, half a meg for low usage, typically, the majority is more on prem, a one Meg, per user, for a medium. So that’s going to be typical business that is moving a lot of their stuff to the cloud. They’re using OneDrive, they’re using SharePoint, they’re using teams, but maybe still have some on prem applications or data. And the final one would be at least two Meg per user, for basically everybody for everybody with everything in the cloud. So again, take that example with 10 users. Multiply that by two Make. So we’re going to need a 20 meg link up back into the internet to allow people to work effectively. Now, of course, you can vary that link those speeds, but it helps to have that rule of thumb so you can walk into a business. Or you can assess it and say, Okay, we’ve got 20 users, and we expect it to start out as low usage. But eventually we’re going to get up to high usage. So why don’t we go for a more powerful link to start off with? So the recommendation I’ve got here for you is that sit back and have a think based on your experience, you know, what sort of guiding principles or rules of thumb Can you give people to help them make estimations when moving to this cloud environment. So again, just in summary, minor, typically everything around a number three. So firstly, again, don’t overload people with more than three changes at a time look at it as a process of three changes, pause, three changes, pause, three changes, pause, and then also look at it as no more than three levels deep. That makes navigation much easier. Any offering any packaging, whatever. Again, gold, silver, bronze, three options again make it easy for people. And as I also said there with the bandwidth, three options there look at low, medium high, and it’s not perfect you can adjust it you can make whatever you want but it just gives you that ability to do the back of the envelope calculation or thought process when you’re working this sort of thing out rather than having to wonder about it. So hopefully, that’s given you some sort of guidance there. Remember, make up your own rule whatever works for you. But I have a rule for you which I generally apply in a lot of cases and I find that works very very well. So again, so if you do want to contact a stay with stay in tune with what’s happening on the podcast, make sure you visit at into k podcast on Twitter and Facebook. Feedback at need to know cloud. Again you can find me at director CIA welcome any comments, feedback or suggestions you may have for these sort of episodes that are a little A bit more in depth I suppose, but shorter lead to get through your drive and get through your day. So, with that, thank you very much for listening listening to this episode.