If you need to create a Windows 11 Hyper V guest machine You’ll need to ensure:

1. You create it as a Generation 2 machine

2. Once you have completed the normal set up process of assigning disks and setting up the machine, make sure you don’t power up the machine, but instead go into the Settings for that machine.

and ensure the Number of processors is at least 2.

My first IoT project was to get the on board LED flashing which I achieved here:

Not as easy as IoT

With that accomplished, I now wanted to get an external LED flashing.

I firstly needed to pick a pin on the Adafruit device to control the output on.

I chose the third in from the bottom on the right which is PIN 2.

Next, I needed to work out the maximum output voltage for the Adafruit Feather Huzzah, which turns out to be 3.3 Volts. I also noted the following from the pin output specifications as well:

“be aware the maximum current drawn per pin is 12mA. 6mA recommended”

I also needed to take into account the voltage drop that would occur across the LED, which is around 0.7V. So the voltage for my calculation was now:

To work out what resistor I needed to place in the circuit I used the good ole V= IR.

I double checked my logic at:

I then went through the:

I had bought to see what resistors were included. In there I found a 560 ohm resistor. If you need to check your resistor markings like I did, you can use:

to help discern what you have.

A 560 ohm resistor would means my current would be:

I = 4.1 milliamps (well below the 6 milliamp recommendation)

which turned out to be the fourth pin from the top on the left.

I therefore wired up the output from pin 2 on the Adafruit, through the LED, through the resistor and then to ground, completing the circuit.

Now for the code to make it flash.

which is basically the same as before, except the LED_pin now is set to 2. The code is at:

Using PlatformIO IDE I uploaded my code to the Adafruit and after a few minutes was greeted by:

Sure it’s simple but it’s another step along my IoT journey. 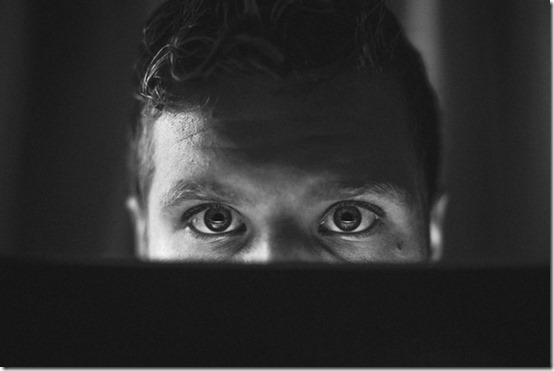 Join me for the free monthly CIAOPS Need to Know webinar. Along with all the Microsoft Cloud news we’ll be taking a look at Power Automate.

Shortly after registering you should receive an automated email from Microsoft Teams confirming your registration, including all the event details as well as a calendar invite.

You can register for the regular monthly webinar here:

All sessions are recorded and posted to the CIAOPS Academy.

The CIAOPS Need to Know Webinars are free to attend but if you want to receive the recording of the session you need to sign up as a CIAOPS patron which you can do here:

or purchase them individually at:

Also feel free at any stage to email me directly via director@ciaops.com with your webinar topic suggestions.

I’d also appreciate you sharing information about this webinar with anyone you feel may benefit from the session and I look forward to seeing you there.

I now have a merch store at:

and I have just added the following design:

(and yes, that is from a real customer tenant)

Don’t forget to shop at the CIAOPS merch store regularly for updated designs.