In a recent article I wrote how Office 365 groups received their own Team Site now but from what I could see that Team Site couldn’t contain subsites.

Interestingly, if I create a totally new Office 365 Group, rather than look at an existing Group, I get the ability to create subsites! 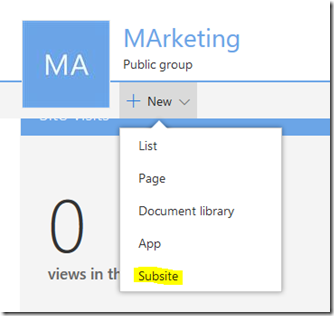 As you might also observe, I can’t currently figure out a way to rename the site that created when you created a new Office 365 Group! 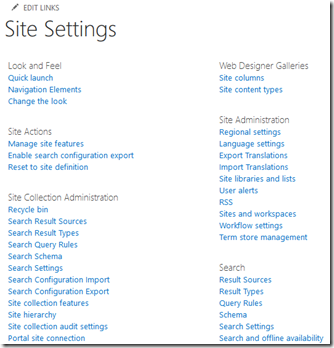 Also, the Site Settings for this new Office 365 Group are far more extensive that the pre-existing group I looked at in the previous post.

I suspect things are still changing behind the scenes and we’ll soon see a consistent interface. I probably don’t because I’m currently on Office 365 First Release.