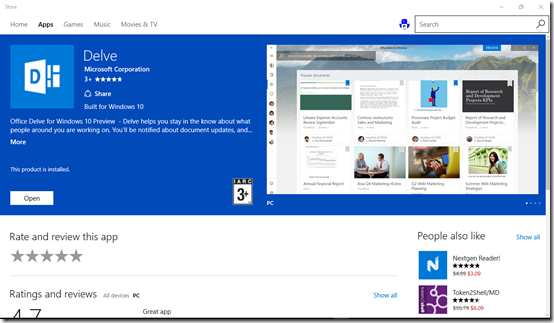 I’m a big fan of Delve and have written previously about how important I believe Delve is in changing the way you look at being productive in a business:

Why Delve should be the centre of you Office 365 universe

Microsoft have just released a Windows 10 app (in preview) which you can find here:

It is free and allows you to connect your desktop Windows 10 directly to your Delve. 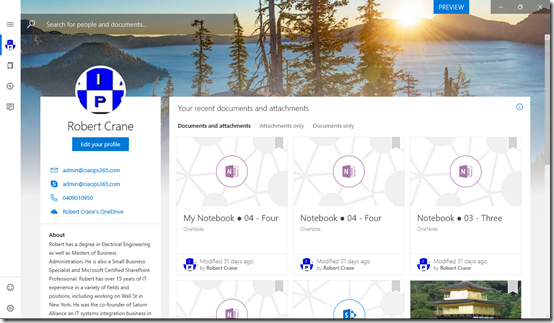 Don’t forget that this Windows 10 Delve app is still in preview, so expect to see plenty of new improvements and enhancements coming soon.