The problem is that SharePoint 2010 no longer has mainstream support. Thus, it is therefore time to move everything off that platform including OneNote notebooks. Now you could easily move it to Office 365 but what if you wanted to move your OneNote notebooks to the consumer onedrive.com instead? Here’s how you can do that.

In my case, I have a number of ‘nice to have’ notebooks hanging around on an old hosted SharePoint 2010 site. They are currently stored in their own Document Library called OneNote. One such notebook called SharePoint Bootcamp and when you drill into its current location you see the above structure. 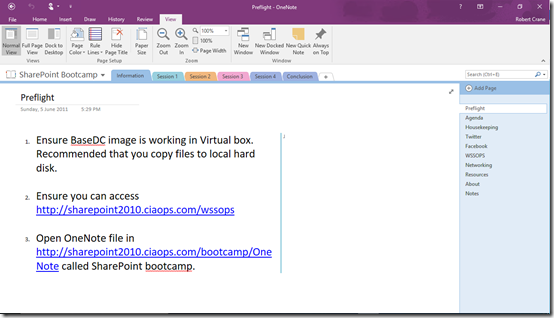 Because the SharePoint 2010 hosting service I was using didn’t include Office Online it meant that they only way I could see the contents of my notebook was to open and sync it with OneNote on the desktop as you see above.

All versions of SharePoint provide a great repository for OneNote files and allow them to be opened by multiple people and multiple devices and have them all in sync. Truly brilliant and if I hadn’t chosen to move away from SharePoint 2010 they could happily stay in place, working as they always did.

Now, the recommended process to move a notebook is laid out here:

Move a OneNote notebook that you’ve shared with others

It basically suggests you create a new notebook in the destination and copy the original sections over. That was just too much work for me so my approach was simply to change the source location of the notebook and have it sync to there. 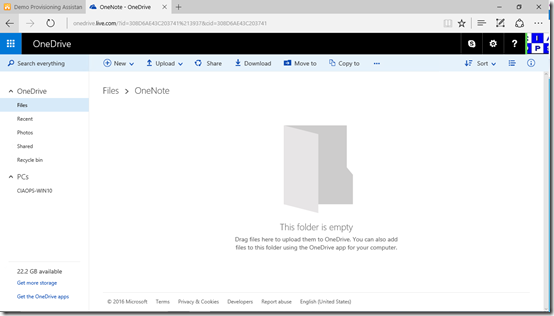 Now the challenge of moving a notebook to OneDrive consumer is that you need to go via an indirect method as you can’t simply use OneNote to complete the move.

The first step in my process was to login to my consumer OneDrive and create a new OneNote folder just to keep things tidy. 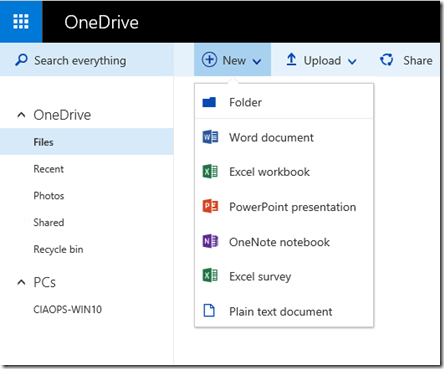 Next, I went in and created a new blank OneNote notebook here from the New menu at the top of the page as shown above.

After you have given your new notebook a name it will open in a browser like that shown above. Select the option in the middle at the top of the page, Open in OneNote. 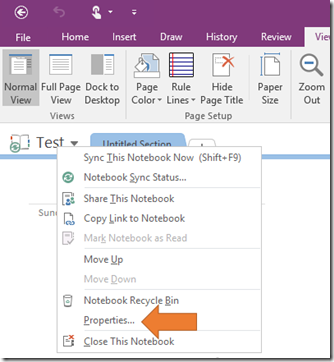 This will then open the notebook using OneNote on the desktop. Right mouse click on the name of the notebook in the top left and from the menu that appears select Properties as shown above.

You should see the current location as being your OneDrive consumer. Select the Change Location button on the right.

This should open a Windows File Explorer dialog as shown above. If you select the path box at the top of the page you should see the full path. Copy the full path to the clipboard and close the dialog as you are not going to change the location of this temporary notebook.

Locate the notebook you wish to move in the desktop version of OneNote. Right mouse click on the name and select Properties from the menu that appears as before.

As you can see this notebook is located in hosted version of SharePoint. Select the Change Location button as before.

Once again, the Windows File Explorer will launch. Paste the file location you copied previously at the top of the page. Make sure you remove the trailing temporary notebook name and only leave the folder structure i.e. from

Windows File Explorer should update the location as shown above. You should now see a folder for the temporary notebook you created. Simply press Enter to save the original notebook into this new location.

Once the notebook has moved and synced to the new location, if you look in OneDrive consumer you should see two notebooks as shown above. The original temporary one (which you can now delete) and the second one you relocated from the original location (here SharePoint Bootcamp).

The desktop version of OneNote will now sync the notebook to this new location in OneDrive consumer. This means you can return to the original SharePoint 2010 location and delete the source files.

The big benefits for me of moving notebooks into OneDrive consumer is that they are simple to sync on every device and that I can access them also directly from a web browser which I couldn’t before.

So in summary, you can simply move a OneNote notebook by changing its location via the notebook properties. Obtaining the location for OneDrive consumer can be a little tricky but as I have shown here it isn’t too difficult to find.