Microsoft Forms is a handy way to collect all sorts of information. There have been some handy recent improvements.

Per roadmap item 79448 – now you can bold, italic, underline, etc headings as shown above. 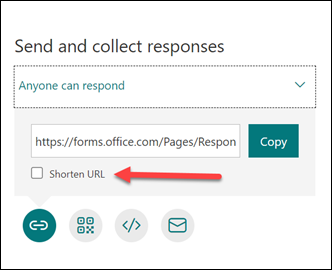 Also now when you share a form you’ll see a Shorten URL option as shown above.

Don’t overlook the ability to also grab a QR code, in the same location, as shown above.

A set of top asks will be addressed with this general release. Polls in Teams Meetings now support guests and an optimized mobile experience.

Microsoft Forms is great way to collect all sorts of information, from inside and outside your business. It also makes a great front end on a Power Automate sequence to save you further time and money. Here’s a great place to start learning more: