One of the ways that I describe Microsoft Teams to people is as a simplified and aggregated wrapper over things such as SharePoint Teams Sites and Skype for Business. Many may not appreciate however that it is also a wrapper over one of other favourite products, OneNote. 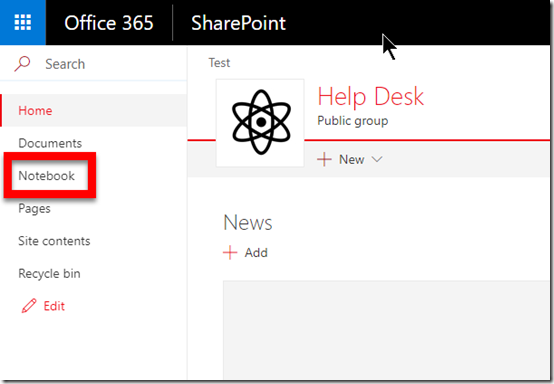 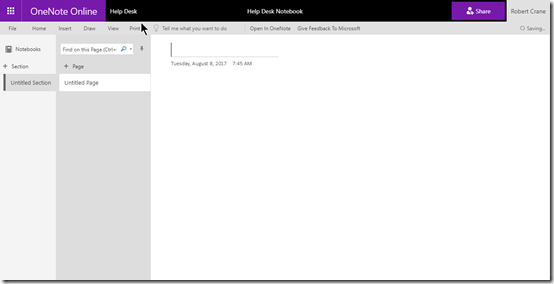 If you open that notebook you’ll see that it is blank, as shown above. OneNote is arranged by sections, inside which are individual pages. 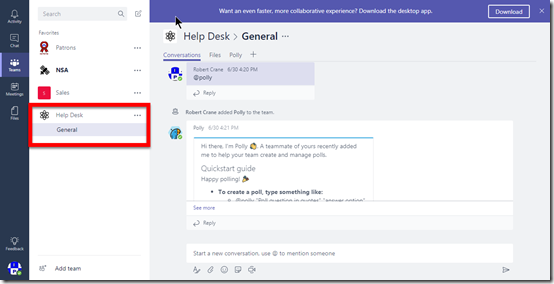 If you now go to that Microsoft Team (in my case, called Help Desk), you will see the normal Conversations and Files tabs at the top of the only channel I currently have in the Team called General, like so:

You’ll notice that I have already added a new tab to this channel (Polly) thanks to a bot I’ve inserted into this Team. I’ll cover bots in another post.

What you don’t yet see in the Team channel is anything to do with OneNote. The reason is that OneNote connectivity is not added by default.

To connect this Microsoft Team channel to OneNote press the ‘+’ (plus) item on the menu. 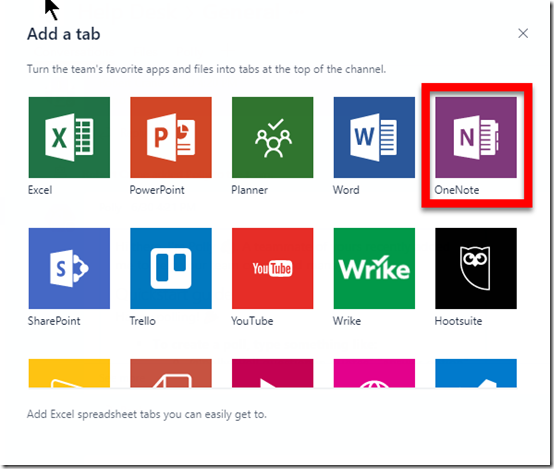 That will display a new window, as shown above with all the items you can add to menu. One of these you should find is OneNote. 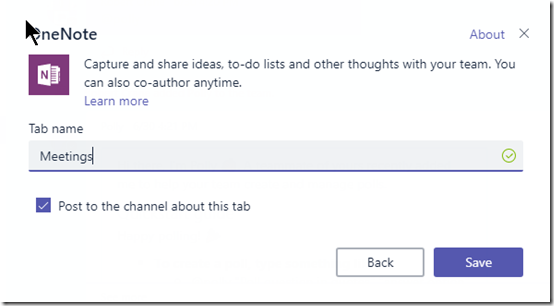 You’ll then be asked to give the new tab a name. Here I have called it Meetings. Select the Save button when you have made your choice. 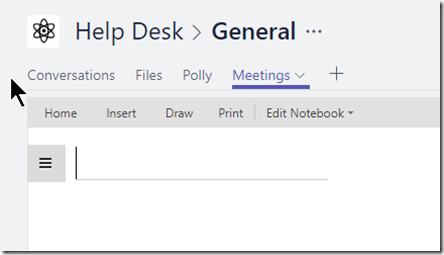 Now you should see a new menu item across the top matching the name you just gave OneNote (here, Meetings). You’ll also notice that you are placed into a OneNote style page below the menu. 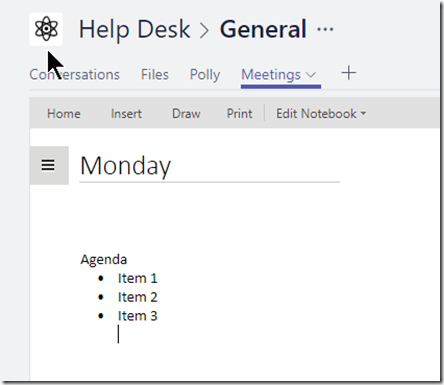 You are now free to give your page a name and enter any notes into that page. 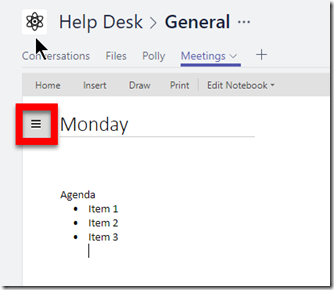 If you now select the ‘hamburger’ menu in the top left of the page you will see, 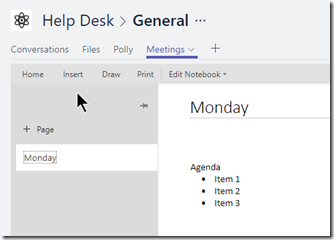 This should now begin to look more and more like OneNote. Here you can go in and create new pages like so, 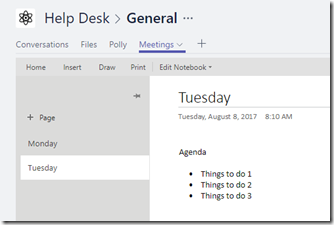 That’s really handy for everyone in that channel to capture information.

If you now return to the Site Notebook directly in SharePoint you should find the notebook looks something like that shown above. There is a new section with the name Channel – Selection name (here General – Meetings) and the information just enters appears as pages.

Thus, when you add the OneNote option to a Team channel a new section is created in the Site Notebook in the SharePoint Team Site that was created when that Microsoft Team was established. Pages you create in that channel are then saved under that section. 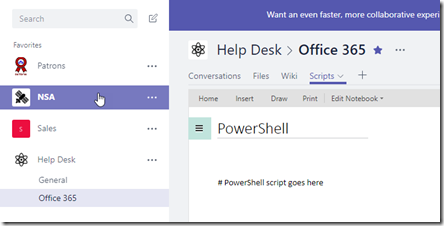 If I now go and create a new channel for that Team (here called Office 365) and then add OneNote to that channel as above, I again get the ability to add pages. Here, I have created a new page called Scripts in my Office 365 channel.

If I now go back to my Site Notebook in the SharePoint Team Site I can see this new channel as a section and the page I created underneath it in standard OneNote format. 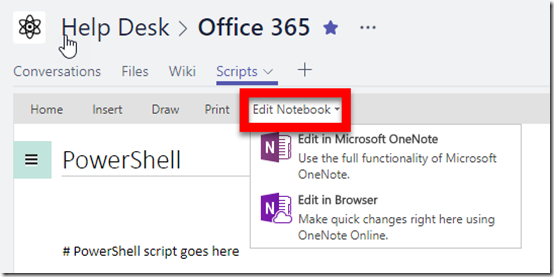 If you elect to Edit Notebook, as shown above, you will get the option to work with the WHOLE notebook in the web or via OneNote on the desktop. That means you are in effect opening the complete Site Notebook where you will see ALL the sections (channels) and pages below like so

Hopefully, this articles goes some way to explaining the configuration and connectivity between Microsoft Teams, SharePoint Teams Sites, the Site Notebook and OneNote.