One of the most powerful aspects technology now provides us is automation. The problem is that I don’t see a lot of people letting the ‘bots’ do the hard work for them.

I have written about Office 365 automation here:

I’ve also highlighted how upskilling is required to stray relevant in todays environment.

Skill up or fade away/ It’s that simple

and such re-skilling up also means a greater focus on software rather than hardware.

Personally, I’ve been playing with Azure Logic apps to provide even more automation functionality but Microsoft has now made that even easier with Powerapps.

You’ll need to request an invite from the PowerApps site:

and you should do so with your Office 365 login.

Once confirmed you’ll see a new tile appear on your Office 365 app launcher as shown above.

Selecting this will take you to the Powerapps canvas as shown above.

The place to start is the Connections option at the bottom of the menu on the left hand side. You should go there and connect up all the accounts you have including Office 365 Outlook, OneDrive, SharePoint Online, Twitter and more.

Once you have connected up to the different services you then need to elect whether to now create a Logic Flow or an App.

A Logic Flow is very much like an IFTTT recipe. That is, when something changes, take some action. An App is a bit more involved and typically means developing some basic screens for input and storing the data somewhere. 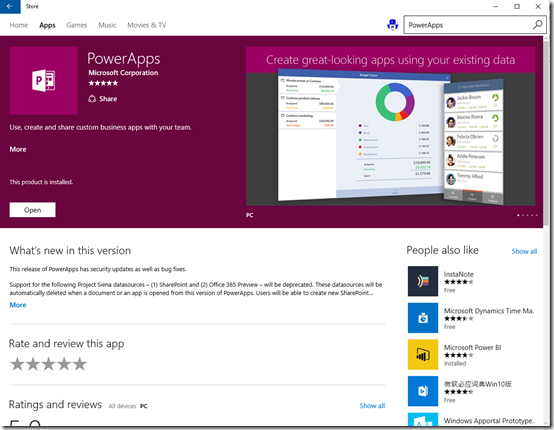 The Apps you create are then access via a PowerApp application on your device (Windows 10 and iOS so far). 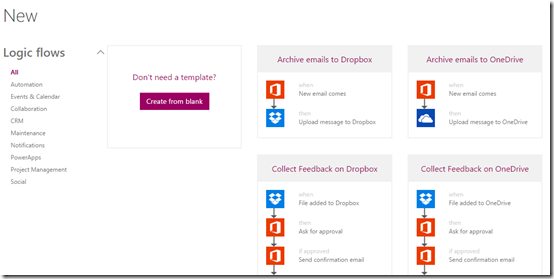 Given that a Logic App is easier to create I’ll cover that. If you select the Logic App option from the menu on the left you’ll be take to a canvas on the right that allow to use an existing template or create a new Logic App from scratch. 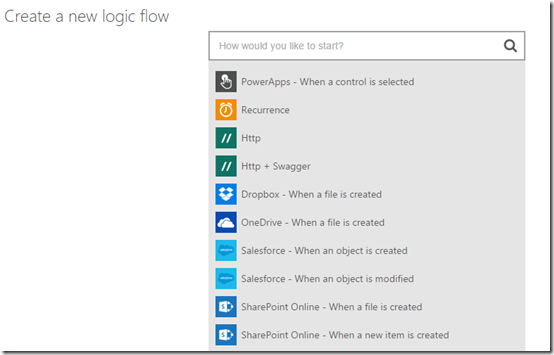 You start a new Logic Flow by selecting a starting action.

In this case, I’ve chosen the trigger to be when a tweet including #office365 is found.

I then add an action or condition. 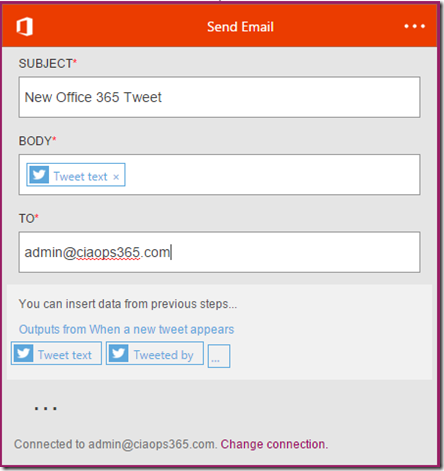 Here I added an action to send an email to my Office 365 inbox with the contents of the tweet.

I then save that Logic Flow.

The Logic Flow is then active and will run every time it is triggered.

I can continue to create more Logic Flows as desired.

It is still early days for PowerApps but I am very keen to see it develop and mature. I believe it is another key opportunity provided by the cloud for IT Professionals to move beyond merely maintaining IT to actually using IT to solve real world business challenges and streamlining business processes.

My advice? Get on board with PowerApps now!