A while back I wrote a post about how to turn off Delve.

that information is echoed in the Microsoft documentation

Can I turn off Delve?

However, upon revisiting my tenant now I find the options somewhat different. The first step is to select your user icon in the top right of the Office 365 portal. That will display the menu shown above from which you select About me. 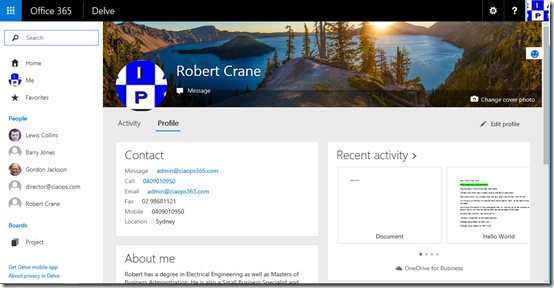 This will take you to your Delve profile as shown above. 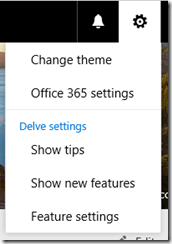 If you now select the COG in the cupper right you should see the menu shown. From this, select Features settings. 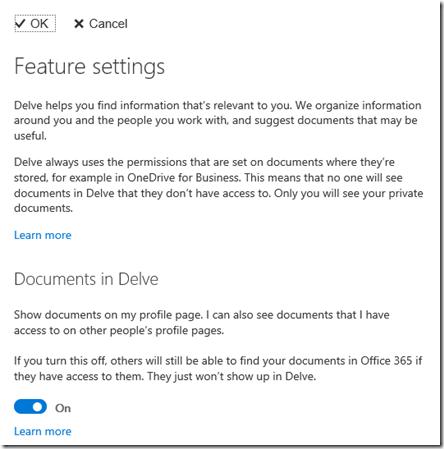 This displays the above information with the option to turn off documents in Delve.

This is somewhat different to what it used to be as shown above which gives you the option to Turn off Delve and hide my activity from others.

Unfortunately the Learn more link in the current Delve settings, which resolves to: 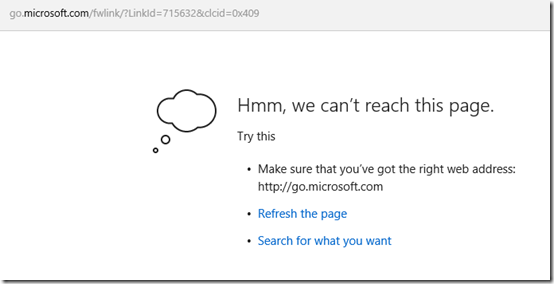 appears to navigate to a non existant page.

Some of this confusion maybe because I have my tenant set to First Release which means I get newer features faster but I feel that things are not quite as clear as before when it comes to disabling Delve if needed.

Previously, it spoke about not sharing your “activity” whereas now it only speaks about preventing your docuements howing up in other people’s Delve.

Now your “activity” could now just be documents in Delve. That is, they are one in the same, but for the paranoid amongst us this lack of clarity could be a privacy concern. I think using “Don’t share my activity” is a much clearer and potentially wide ranging option.

I can’t really see any benefits to users disabling Delve but there are a small minority who might and I think that somewhat clearer messaging around disabling Delve would prevent confusion in regards to privacy concerns. I however have no doubt that these setting will appear as the service conftinues to improve over time, however for the time being you only seem to be able to disable document sharing in Delve is as I have outlined above.