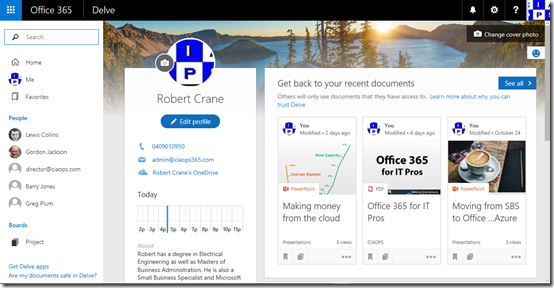 I’ve written previously about how important I think Delve is to improved productivity:

Delve should be the centre of your Office 365 universe

One of the key components of Delve is the profile area. As part of any Office 365 adoption strategy I get users to fully complete their profile, which is accessed via Delve. 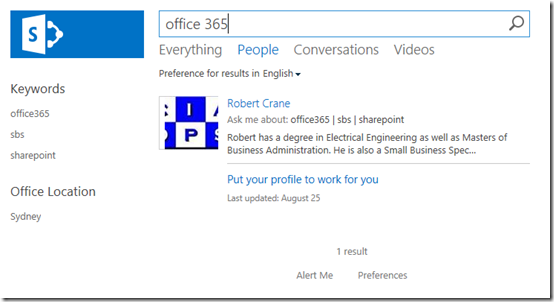 The idea behind this is mainly get the user familiar with using Office 365 and secondly to provide a global address book of details that will surface in various areas but especially in search. Thus, if you do a search for a technical skill, say PowerShell, and someone has that it in their profile it will be displayed in the results as shown above.

It is amazing how easy it becomes to find people and skills once a users profile is completed. The more users there are the more beneficial this becomes. However, even small organisations can benefit, so my recommendation is always to complete user profiles in Delve as the first task when adopting Office 365. 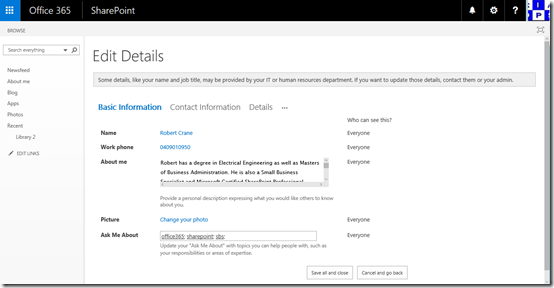 The problem used to be that previously completing profiles was a little cumbersome because doing so actually took you off to a SharePoint page as you see above. This was somewhat confusing for users. However, now that has been updated. 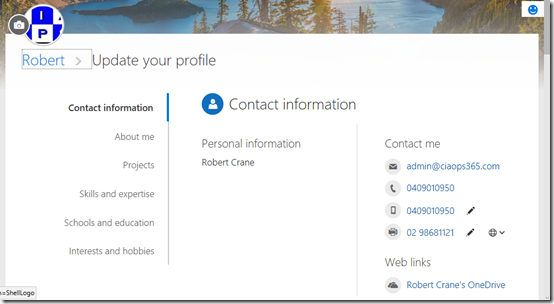 When you now edit your profile from Delve you’ll be able to do so directly on the Delve page as you see above. 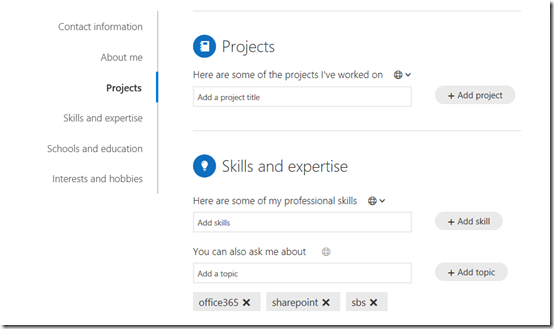 It’s now dead easy for users to go in and enter all the details for their profile and they should be encouraged to do so, no matter how large or small the organisation is.

You’ll also see that the contact card in Delve has changed, even showing a users calendar as seen above. You’ll also see these user cards popping up in more and more places in Office 365 such as SharePoint, 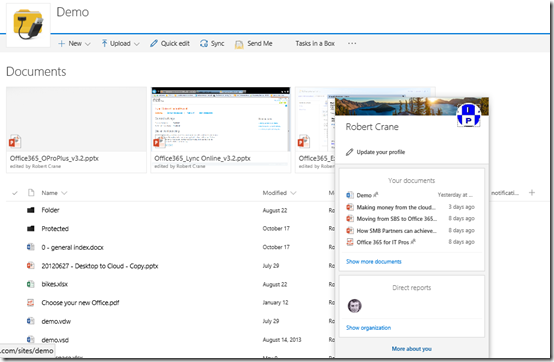 when you mouse over a user’s name as shown above.

The more you use Office 365, the more powerful Delve becomes. It is your central window to information in Office 365 and all users should be encouraged strongly to use Delve everyday as the starting point for working with information. Now it is even easier to update your own personal profile in Delve so take a few moments and ensure yours is up to date so people can find you.

My Tweets
Join 1,410 other followers